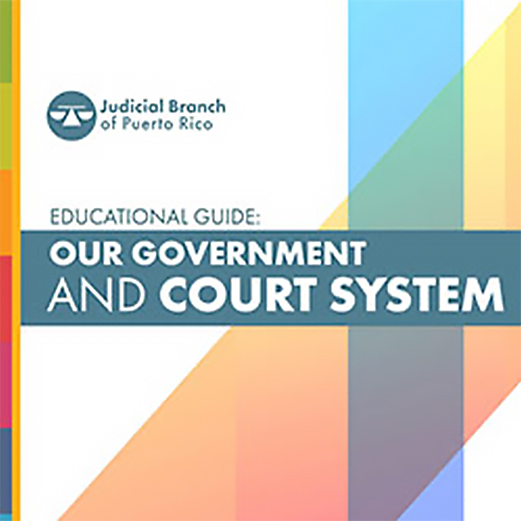 The Constitution of the Commonwealth of Puerto Rico, approved on July 25, 1952,organizes the Government of the Commonwealth of Puerto Rico into three branches or powers: the Legislative, the Executive, and the Judicial Branch. This separation of powers means that each branch of government has different responsibilities, powers, and functions. Through this system of government, power is distributed and a balance is created.

As with other branches of government, the Judicial Branch has its origin in the Constitution, which provides that the judicial power is vested in a Supreme Court and in such other courts as may be established by the laws of Puerto Rico. Precisely, the Judiciary Act of 2003 creates these other courts, and the set of courts is called a Court System, known as the General Court of Justice.

On this page, you will be able to access information on the composition and operation of the Government and Court System.